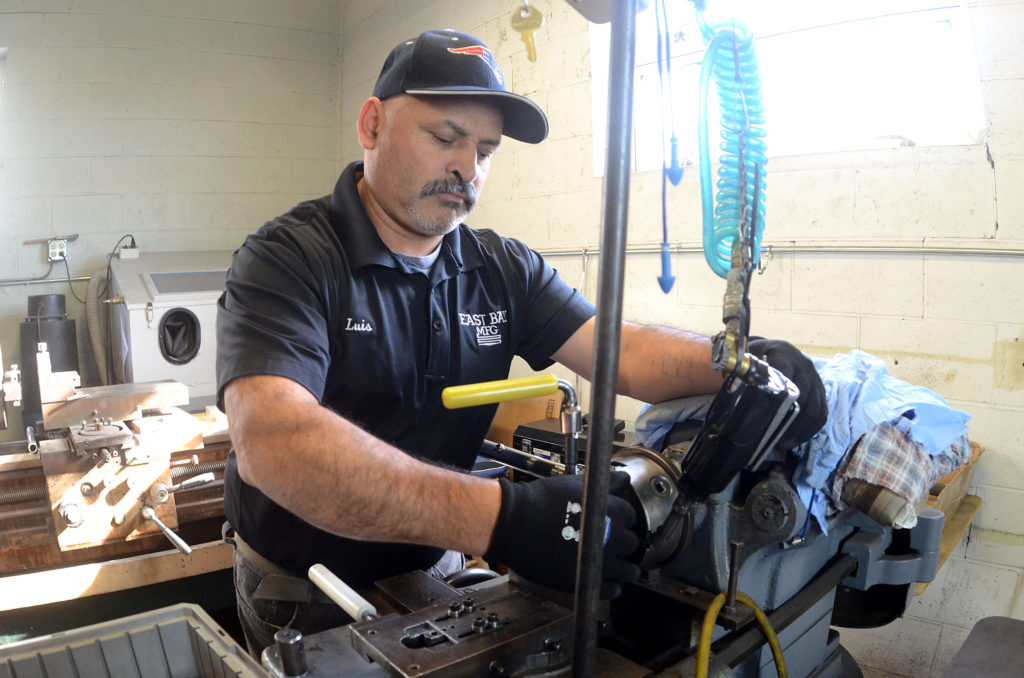 The first machine I have become acquainted with has an awesome name; the microblaster! It is a brand new machine in our facility and it solves a common problem – getting rid of burrs on machined parts. So what are burrs, anyway? Burrs are formed when machine components are cut or ground, and they can be broken up into two categories:

Microblasting is used to get rid of rollover burrs. It works by mixing abrasive material into an air stream. The fine particles are even smaller than what is used for sandblasting. They can be as fine as 17.5 microns. That is REALLY small.

To get some first-hand experience, I went and used the microblaster myself. It was a station that I could sit at, and it had a case like at a museum. I could put my hands in the case to use the machine, and then look through a magnifying glass to be able to target the burrs with better accuracy. At the top of the machine, I could control the air pressure and the amount of abrasive media I wanted in the air stream. When I was ready to release the air stream, I just pressed a pedal that turned it on. It produced a chalky substance which I could clean off using a different air stream that did not have the abrasive media in it. Despite this being the first time I had ever used the microblaster, I was able to work it and get the burr mostly off the part. Imagine what someone could do with just a little more experience!

Check out our products at Eastbay Distributors